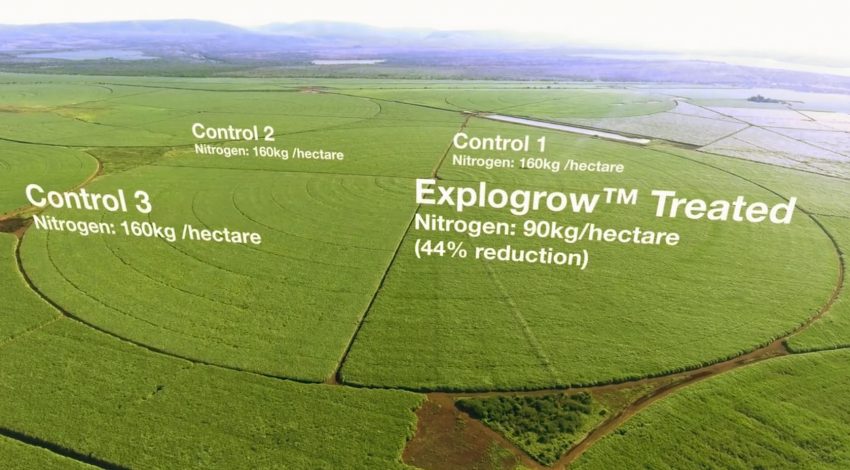 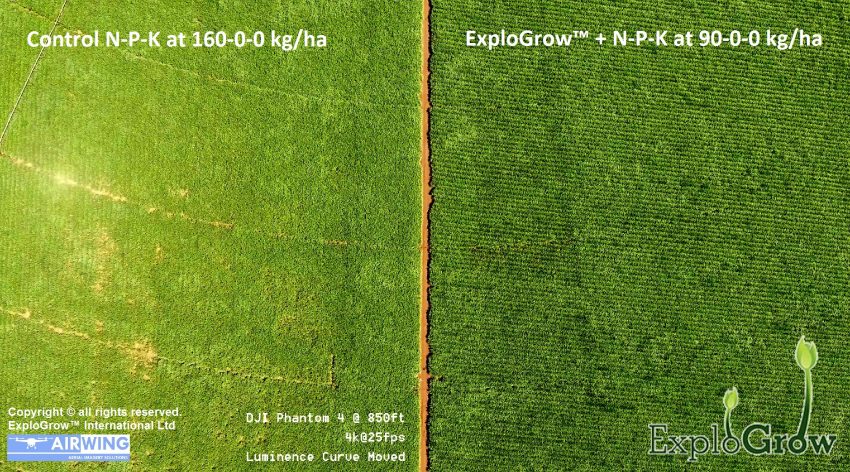 Arial photo (850 ft) of the 100 hectare test area. Control on the left, ExploGrow™ treated land on the right.

"ExploGrow™ represents more than increased yield, crop quality and rejuvenated soil. True sustainable agriculture requires real and safe solutions enabling farmers to cut down on chemical fertilizers, poisons, and using less water. We must, before it is too late, give serious attention to the health and sustainability of our soils. We must now embrace more responsible new farming methods."Mnr Dreyer Senekal, Senekal Boerdery 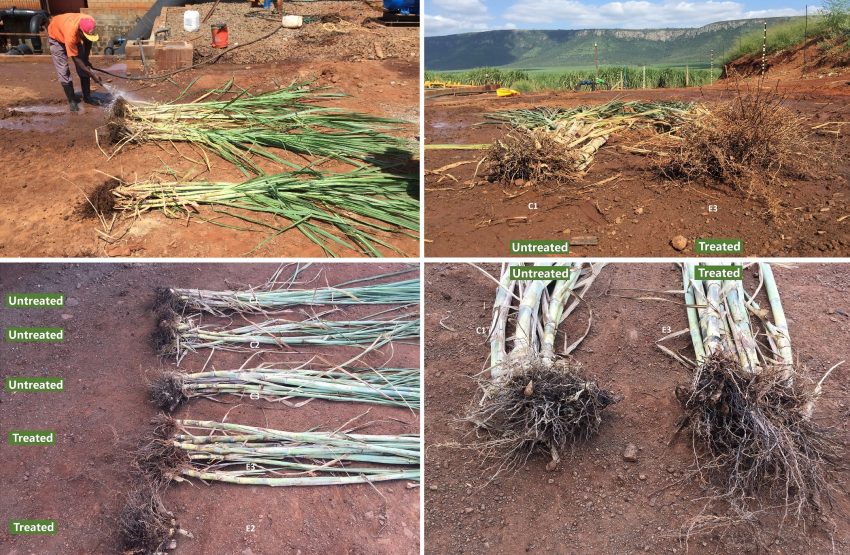 Root development 4 months after first application of our bio-fertilizer

Five clusters of Sugarcane were take from profile holes.

The root systems treated with ExploGrow™:

The more than doubling of the root system enhances the plant's ability to absorb nutrients, hence reducing chemical fertilizer requirements, reducing water needs (around -20%) and makes the plant more resistant to extreme heat, cold/frost (through absorption of more minerals) and typically increases the yield and the Brix dramatically. 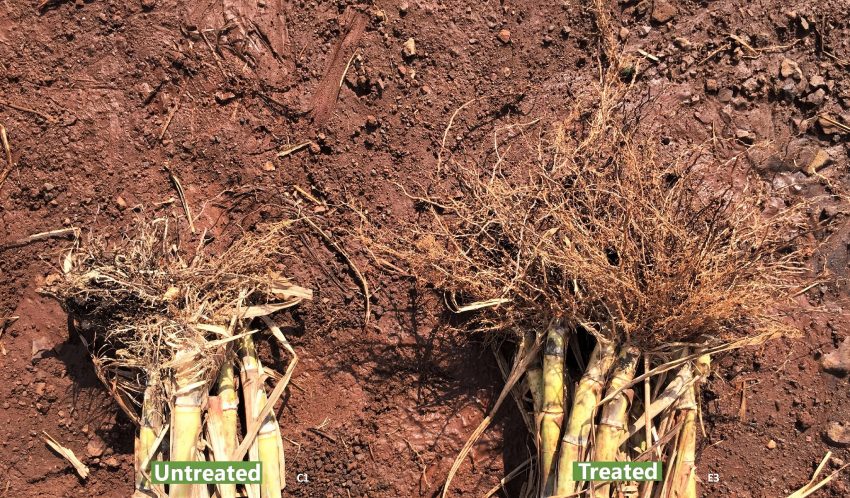 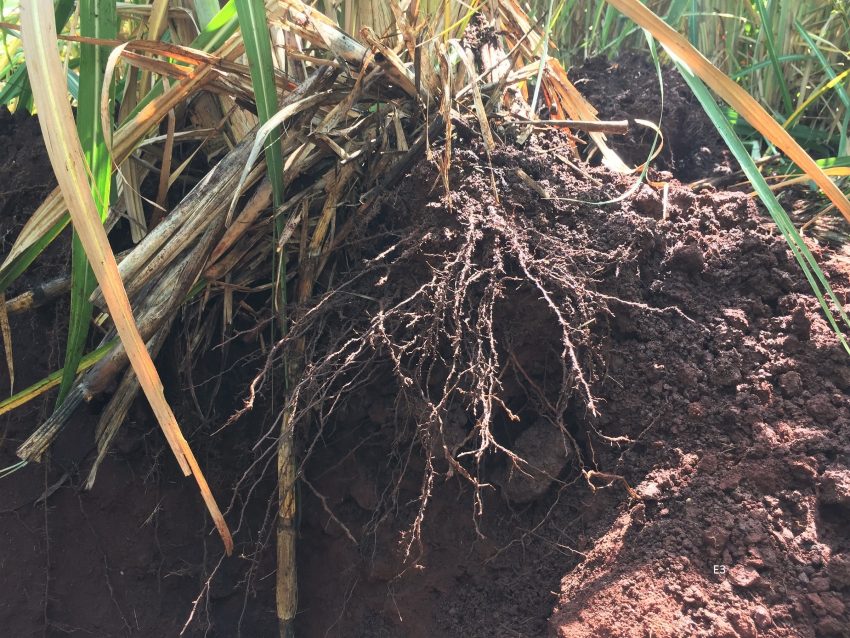 After only 4 months, soil conditions are already visibly improved compared with the control.

"This is due to the increased biological activity by the 17 microbes in ExploGrow™ and the consequent much larger root systems" Mark Young, BSc.

Soil microbial analysis before and after

Note: The analysis only provides a microbial count per gram soil, no identifications of the microorganisms have been made apart from separation into broad bacterial and fungal categories. 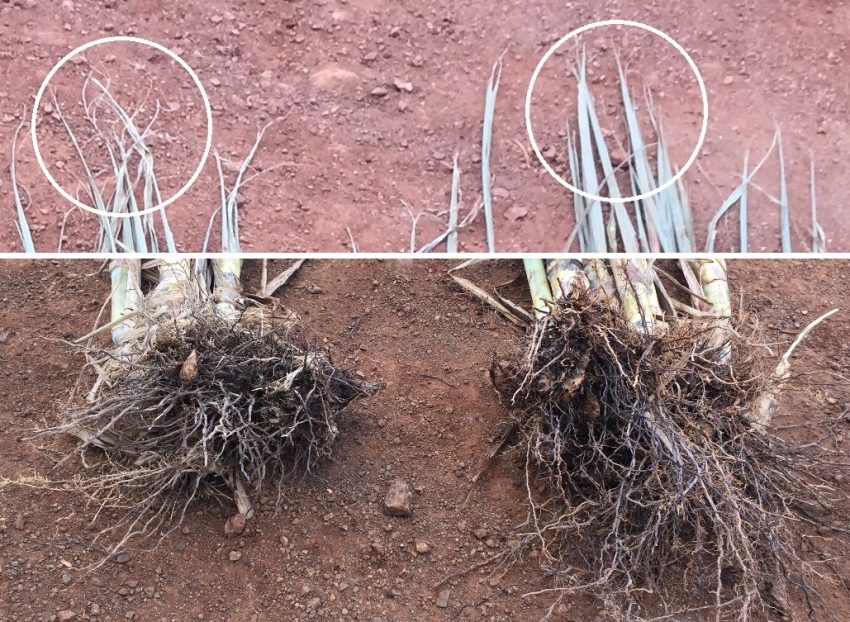 After the sample Sugarcane plants were removed from the soil, the ExploGrow™ treated leaves retained moisture for a longer period (4 hours+) versus the wilting leaves of the untreated Sugarcane.

"Drought is one of the major constraints on agricultural productivity worldwide and is likely to further increase... Plant growth promoting rhizobacteria (PGPR)* could play a significant role in alleviation of drought stress in plants. These beneficial microorganisms colonize the rhizosphere/endo-rhizosphere of plants and impart drought tolerance". ** 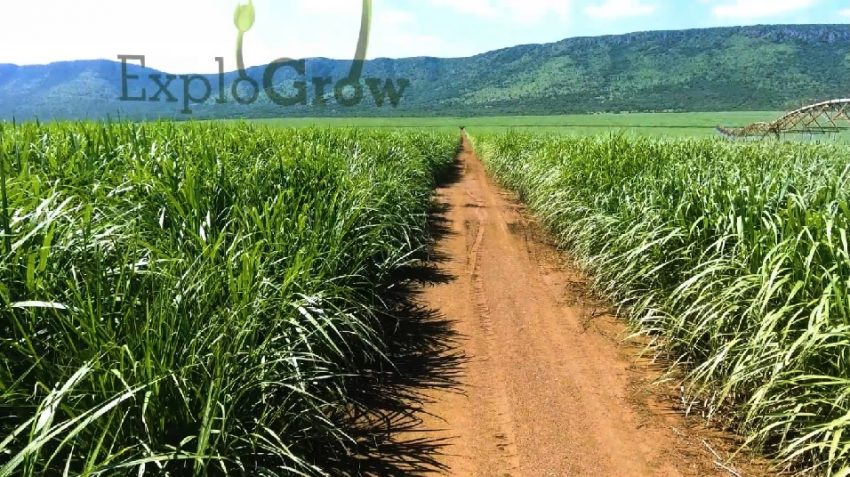 The treated Sugarcane has more leaves that are both longer and greener. That results in more photosynthesis (also confirmed by chlorophyll fluorescence measurements below) and more growth over the remainder of the growth cycle till harvest. 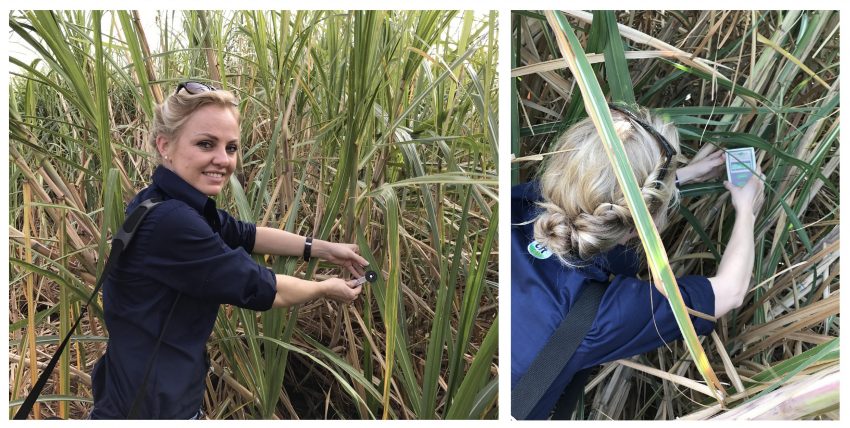 [Note: The around "30" reading of the refractometer pictured above, shows Brix measuring well above the average Brix content] 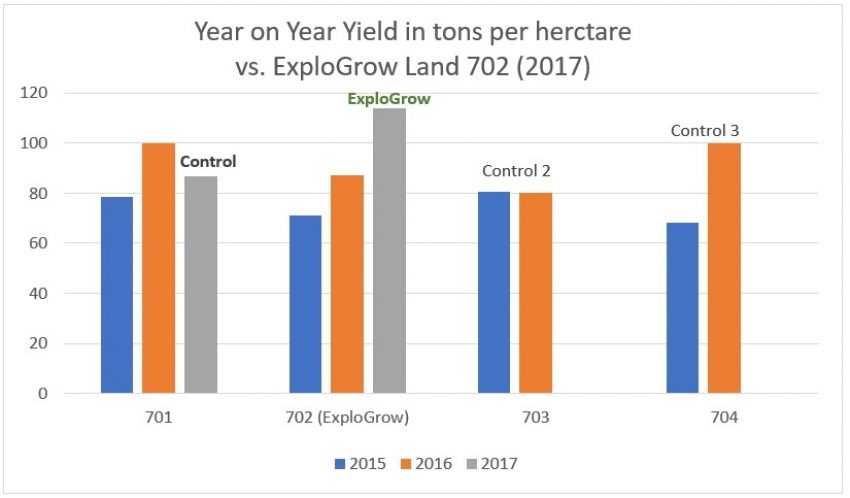 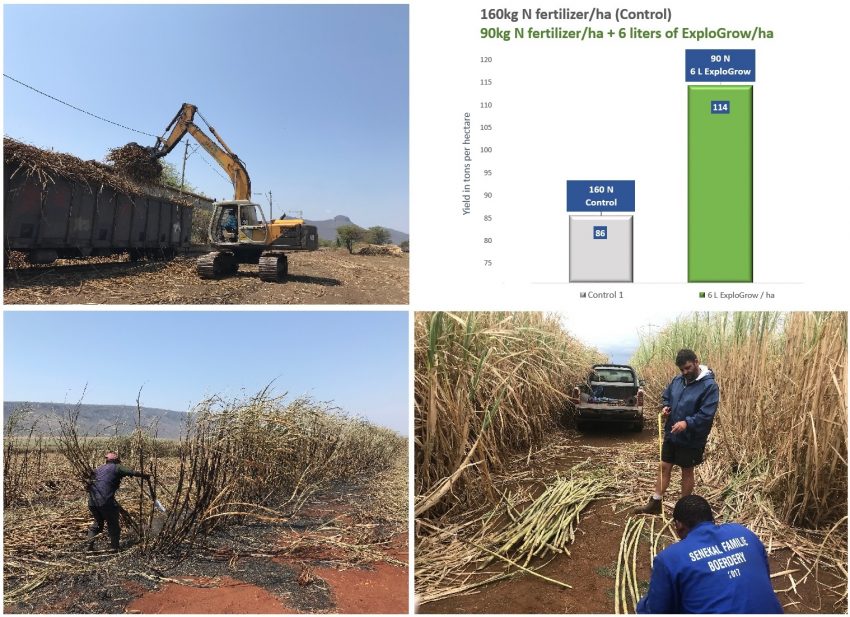 At harvest: increase in Sugarcane yield (tons per hectare)

Special thanks to Mr Dreyer Senekal, Mr Danie Willemse and the farming team.

Please note, comments must be approved before they are published